I am an activist-scholar affiliated with the Informal Urbanism Research Hub (InfUr-) at the University of Melbourne, Australia. Most of my academic activities coincide with political and philosophical interests, indeed passions — listen to this 2022 Future Xplorations or the 2021 Postcapitalism Podcast to find out more. 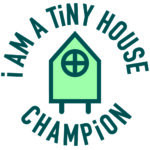 Beyond Money, A Postcapitalist Strategy was published by Pluto Press (London) in early 2022. Pluto published the associated Life Without Money: Building Fair and Sustainable Economies (2011), a nonmarket socialist collection co-edited with the late Frans Timmerman.

In August 2020 Pluto published Exploring Degrowth: A Critical Guide that I co-authored with Vincent Liegey. Food for Degrowth: Perspectives and Practices, co-edited with Ferne Edwards (NTNU, Norway) came out in the Routledge Environmental Humanities series in 2021, and will be released as a paperback in May 2022. I and degrowth advocate Francois Schneider co-edited a Routledge Environmental Humanities series collection, Housing for Degrowth: Principles, Models, Challenges and Opportunities. After its publication in August 2018, including a short paperback run, we made a European tour of the book (by train, foot, bike and ferry).

In 2019, I was Chair of the Organising Committee for the Australian New Zealand Society of Ecological Economics ANZSEE 2019 Conference — Ecological Economics: Solutions Now and in the Future, 24–26 November, hosted by the RMIT University Centre for Urban Research, with which I was affiliated at that time. I spent more than 21 years at RMIT University before joining MSSI.

My book on eco-collaborative housing, Small Is Necessary: Shared Living on a Shared Planet, was published by Pluto in 2018. I am associated with the international Eco-Communites in an Urban Future project led by Jenny Pickerill (University of Sheffield, UK). I am active in the Planning Working Group of Cohousing Australia and have a chapter with Paul Chatterton in Post-Growth Planning: Cities Beyond the Market Economy, edited by Federico Savini, António Ferreira and Kim Carlotta von Schönfeld (forthcoming, 2022).

As the series editor, I call for book proposals for the new Palgrave Macmillan series — Alternatives and Futures: Cultures, Practices, Activism and Utopias. The series launched mid-2021 with three titles and more in the pipeline. I am a series editor for the Pluto Press FireWorks series, which launched in 2020 with three titles, and three more expected during 2021.

Note: various portraits at this site, such as the one above, were taken by Piccoli Photography

During the heady late 1960s, with student protests worldwide, I left — before completing — secondary school to enter the greater learning experience of the world beyond. Along with environmental and peace activism, I became a women’s liberationist applying ‘personal is the political’ critiques and practices, developing horizontalist decision-making processes and engaging in consciousness-raising groups. We sent the media crazy because we had no formal representative. These were wonderful years of hope and praxis.

After several years, I got tired of menial jobs and our once seemingly revolutionary women’s liberation movement gave way to reformist feminism. I applied, successfully, to go to La Trobe University (Bundoora, Australia) as a mature-age early school leaver without formal entry qualifications so I could devote my time to Latin American Studies. I completed a BA Hons History (First Class) with a thesis examining the background, implications and circumstances surrounding the challenge made by the Prime Minister Michael Manley government to the multinational aluminium companies in Jamaica, especially in mid-1974. This study combined enduring interests in contemporary political economy, politico-material relations of underdevelopment between the Global North and Global South, cultural histories, social transformation and transdisciplinary studies.

My doctoral thesis was completed in the Revolutionary Area of Studies at La Trobe University in 1995, later published as Marx’s Concept of Money: The God of Commodities in the Routledge Studies in the History of Economics Series in 1999. Given it remains a key reference, it was reissued in paperback in 2014. My keen interest in the constitution of money as an omnipotent everyday practice, and the roles of money in maintaining capitalism and delaying or reversing socialist reforms and revolutions, remains. Thus I co-edited, with Frans Timmerman, an oft-cited collection sketching contemporary theories and practices of non-market socialism — Life Without Money: Building Fair and Sustainable Economies (Pluto Press, London, 2011).

I joined RMIT University on a special postgraduate fellowship (1998–2002) to investigate the clash between monetary and environmental values in Victoria’s East Gippsland forests. Since then, I have mainly been a researcher but also enjoyed developing and delivering numerous social science and environment courses for postgraduates and undergraduates, including: Ecoforestry and Environmental Policy, Ecological Economics, Indigenous Peoples and the Environment, Action Research (Research Strategies model), Innovative Local Government and Sustainable Regional Development.

Testimonials and teaching evaluations by students of Innovative Local Government (ENVI 1149) — an online course developed and delivered by me for the RMIT University School of Global, Urban and Social Studies in 2011 — follow.

“[A] great course that has triggered a few ideas and discussions at my workplace. Thank you for your up-keep of the discussion board, it is refreshing to experience.”

“It is truly wonderful, after four months of lectures to end up with the feeling I am able to lead this kind of project [final assignment] in a real situation. So again, thank you very much.”

“I thought it was good, very useful to set a wider context for people like me who are just kicking off in local government. The subject course material integrates well with other subjects in the Masters … From my perspective the workload seems about right and the structure of the assignments over the semester was pretty conducive to balancing the subject with others, and with other commitments.”

“I really enjoyed this course and the way that the assignments were structured meant they were able to build upon one another making them easier to complete.” 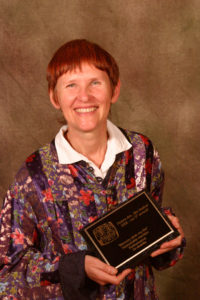 Carson Fellow (Prof. Dr) at the Rachel Carson Centre for Environment and Society of the Ludwig Maximilian University of Munich (October 2016 to January 2017)