Everything is interconnected — people are part of nature.

Mercury Stole My Fire is a mysterious true story told through the bodies of mime artists, Penny Baron and Nick Papas from Born in a Taxi physical theatre ensemble (Melbourne, Australia). 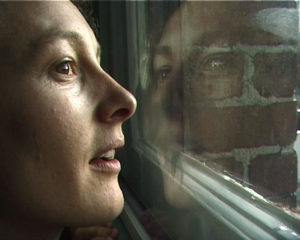 Mercury Stole My Fire was the second short film (12mins 12 secs) that I made — I wrote, directed narrated and produced it. The cinematographer was Janis Lesinskis while Fiona O’Connell was responsible for editing and sound. The soundtrack comes from the ‘Mistral’ track on the late Bruce Rogers’ Cloudhands CD.

I received a travel grant from the Australian Film Commission to accept the Honourable Mention at Canada’s Picture This… Film Festival 2006.

unique form of storytelling on film

Everything is connected: ‘I became a part of the land, the land travelled through me’

creative language and movement tell a story of isolation and deprivation due to chemical sensitivities.

excellent mix of poetry/prose and dance

cool use of dance to tell a story of disability

used a powerful approach to tell the story

wonderful use of movement & words

dance movements and narrative support each other

dance is remarkably well-tied to narrative

You can find the story in a revised and contextualised print version here:

You can find some background on the making of the short film here: