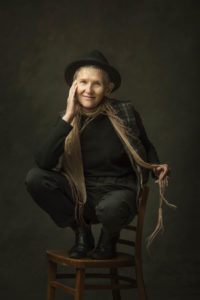 I am a creative writer who has published poetry and prose, and written and directed a play and short film scripts. Most of these works are creative non-fiction.

I first learned film making skills in a one-year extra-curricula course at La Trobe University in the late 1970s. Before going on to make a couple of short documentaries, I developed and delivered two Latin American History and Social Change through Film courses in the History Department (Institute of Latin American Studies) at La Trobe University (1990s). I studied part-time to gain an Advanced Diploma of Professional Screenwriting (Film, TV, Digital Media), RMIT in 2001.

I am a full member of Writers Victoria and enjoy their professional development courses. I have reviewed, researched and created study guides of work by other creative artists (see select publications below).

Beyond Money: Yenomon is an 8-minute short film released at the end of June 2022 — drawn from Chapter 3 of Beyond Money — co-created with Leonie Van Eyk, with photographs taken by Bronwyn Silver and soundtrack composed and performed by Bruce Rogers. I won an Award of Commendation as a Quarter Finalist in the Canada Shorts Festival 2022. See film review by Howard Moss, Video review: Beyond Money, The Socialist Standard #1419 November 2022. View and links at the Beyond Money page at this site. 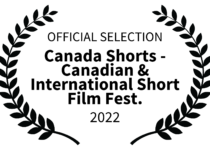 Co-wrote, co-directed and co-produced The Rhythm and the Line (16mins) with Ruth Williams in 1999. Among other screenings, it was selected for the St Kilda Short Film Festival (May 2000) and Melbourne Fringe Short Film Festival (October 1999). The cinematographer was Janis Lesinskis. 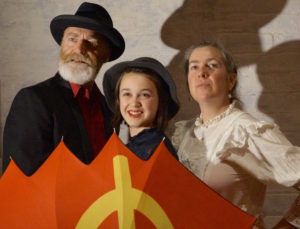 Creative non-fiction play Servant of the Revolution premiered in Melbourne (2009), was performed in Central Victoria by Red Room Theatre (2016), was presented as a rehearsed play reading the Historical Materialism Sydney conference (2017) and has been translated into German (2017).

In 1999, I was awarded a Film Victoria documentary mentorship with Lawrence Johnston to write a still-to-be-produced documentary script ‘Sexy, Proud and Dead’. A DVD teaser/pitch of 4 mins has been created for this biographical documentary on disability activist Katie Ball.

Nelson A (2014) ‘As happened on the day’ Unusual Work #17 (creative non-fiction prose in unpaginated journal — performed at launch of #17).

Cole C and Nelson A (2011) What kind of a community is a literary community? Paper presented at the Republics of Letters: Literary Communities in Australia symposium, University of Sydney, 13–14 January.

Nelson A (2010) The Garden at the End of the World [film study guide], Gary Cagaoff’s documentary on Afghanistan, Lysis Films.

Nelson A and Addie B (2004) ‘Collaboration A conversation with Karin Altman and Michael Brindley’ Metro Magazine 140: 112–7.

Nelson A (1993) ‘Ourstory: A simple guide to the presentation of history’ in K Wilson (ed.) A Sense of Place: Shaping Oral Histories, Mount Alexander Diggings Development Association, Chewton: 1–28. (Chapter in book output of a creative radio-journalism youth-skilling Landcare and Environment Action Program of the Department of Business and Employment Victoria and Holmsgren TAFE.)